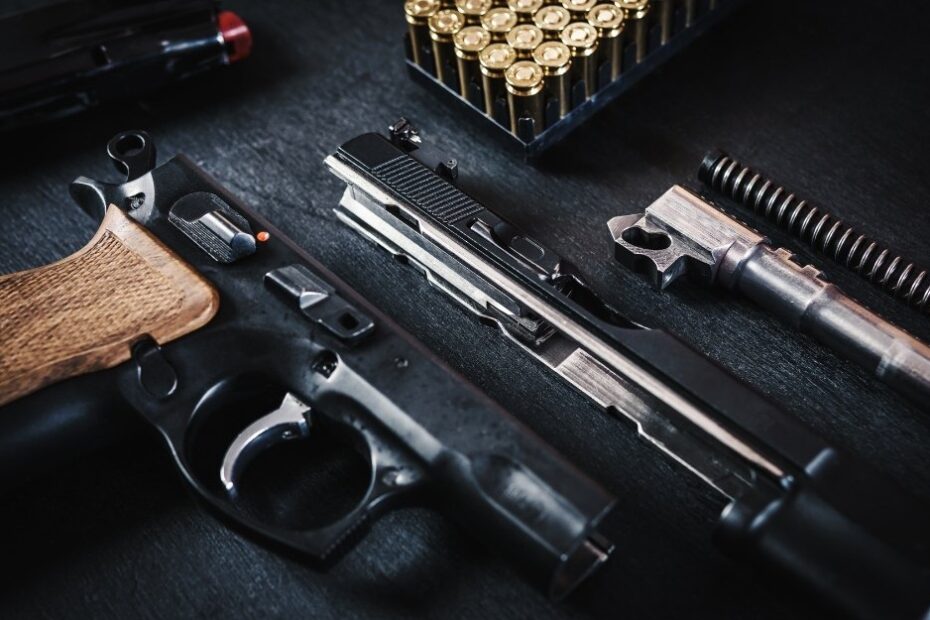 Thankfully Australia doesn’t have the same gun culture like the USA and one reason is that our licensing regimes around the ownership of weapons is stricter in this country.

In Queensland, if you want to own and/or use a firearm, a crossbow, a powerhead or a paintball marker, you must be in possession of a valid weapons licence. To be eligible to apply for one you must:

As of February 2021, there are also new laws covering replica firearms such as gel blasters, which have become more popular in Queensland, particularly among young people.

We’ll provide more detail on these changes and the wider weapons licensing regime in Queensland below, but if you have questions about your ownership or use of a weapon, you should contact Gold Coast criminal lawyers at Hannay Lawyers today to avoid finding yourself in breach of the law.

The basics of weapons licensing in Queensland

The Queensland Police Service (QPS) is responsible for administering the weapons licensing scheme in Queensland. There are numerous categories of weapons licence in the state (e.g. firearms, concealable firearms, collectors’, blank-fire firearms, security, etc.) and it’s important to understand which type of licence you need before making an application.

A key requirement in applying for a firearms licence in Queensland – and one which most people need more detail on – is the need for you to be a ‘fit and proper person’. How is this determined?

On the top of the weapons licence application form, the criteria for being a fit and proper person are listed, including that you have not, in the last five years, been convicted or discharged from custody on the sentence of:

Additionally, the police will take into consideration your mental and physical fitness; whether you have provided anything false or misleading on or with your application; any criminal intelligence or other information about you; and the public interest.

You also need a ‘genuine reason’ to own or operate a firearm. People such as vets and those who live on the land have some obvious reasons for owning a firearm but whatever your particular reason, you need to provide proof of it when you make your application.

The application form also requires you to submit details on any weapons safety certificate you have obtained, your offence and licence history (encompassing the offences mentioned above assessed as part of the fit and proper person test), and your medical history (whether you have eye or vision impairment, dizzy spells, a psychological or psychiatric condition, alcohol or drug dependency, etc.).

New weapons licence applications in Queensland can be processed via Australia Post, online at the QPS site or at a police station.

In Queensland, replica firearms such as increasingly popular gel blasters are not considered a category of a firearm and do not need to be registered under the weapons licensing regime.

Problems have arisen, however, with the misuse of gel blasters because some of them so closely resemble actual firearms. Queensland Police report that since 2018, more than 100 people have been charged with misusing a gel blaster.

As a result, from February 2021 a new safety framework has been legislated around the use of gel blasters that resemble firearms.

It now requires that anyone owning a gel blaster must have a ‘reasonable excuse’ for owning one, such as being a collector of replica weapons or a member of a recreational club. The term ‘reasonable excuse’, say the QPS, will be broadly interpreted.

When not in use, gel blasters must be stored securely, such as in a lockable cupboard or bag, but not necessarily in a gun safe. Additionally, during transportation of the gel blaster, it must be out of sight in a bag or other means of carriage that does not allow the device to be silhouetted.

Call us with questions or concerns

Hannay Lawyers is a multi-award winning criminal law practice with office locations in Gold Coast and Brisbane CBD. We can help if you are unsure about the weapons licensing framework, believe you are in breach of it or have queries about meeting the fit and proper person test involved in the application process.

Contact us Brisbane Criminal Lawyers today for an initial consultation.