How Do Domestic Violence Orders Work? 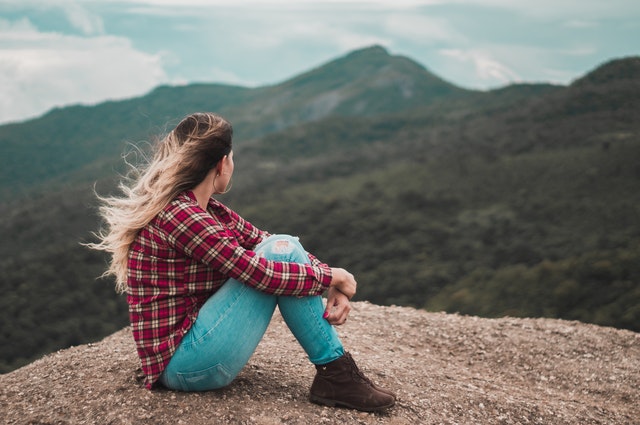 Between 1 May 2018 and 1 May 2019, 11 people in Queensland died due to domestic violence, while a 2017 report from the Australian Institute of Criminology found that on average, one woman is murdered every week by a current or former partner.

For many and varied reasons, domestic violence has become a source of great concern in Australia. The statistics tell a sad and harrowing tale of the harm caused by family domestic violence, in particular to women and children but also to men. In 2017, for example, the Australian Bureau of Statistics found that nearly 40% of women experienced violence by their partner even after separation.

One way the family courts try to deal with this chronic problem is through domestic violence orders (DVOs), designed to prevent threats and/or acts of domestic violence by one partner against another. The order imposes certain rules on the ‘respondent’ – the person responsible for the threats or acts of violence – to keep others safe. Breaking these rules constitutes an illegal act.

Below we’ll outline some of the most common forms of DVO, including how they are applied for and how they work once implemented. If anything in this article raises a question or concern for you, you should arrange a consultation with family law specialists Hannay Lawyers as soon as you can to help you understand the implications of a DVO.

Applying for a DVO

If you need a protection or temporary protection order made against someone, you can either apply yourself through the online forms or in-person at a Magistrate’s Court, or have a police officer, lawyer, friend or family member apply on your behalf. The form must be accompanied by a statutory declaration witnessed by a Justice of the Peace or Commissioner for Declarations.

If granted the basic conditions of a protection order will stop someone from:

Additional conditions can be nominated by the aggrieved in an application to the court for a protection order.

In situations where you feel you are in immediate danger from an ex-partner or family member, you should immediately contact police. The police investigate incidences of domestic violence under the Domestic Violence (Family Protection) Act 2012. Where they believe domestic violence has occurred, the police can issue a police protection notice to the respondent which requires them to be of good behaviour, not commit further acts of domestic violence, and not contact or come within a certain distance of the aggrieved’s premises for 24 hours.

How a DVO works and what happens if one is breached

Once a DVO has been issued, both parties involved receive a copy of the order, as do any other people listed on the order. Whether you’re the aggrieved or the respondent, it’s important to keep this document safe yet accessible, in case it needs to be seen by police.

The issuing of a DVO does not necessarily mean the aggrieved and the respondent will live separately or that they must end their relationship, unless the conditions in the order specify one party must stay away from the other.

Failing to observe the conditions of either a protection or temporary protection order is a criminal offence. If a person protected by such an order observes a breach he or she should immediately report it to the police, who can charge the respondent with breaching the order.

It should be noted that the imposition of a DVO is a civil court order, meaning the order itself does not appear on the respondent’s criminal history. It is the breach of the order which is a criminal offence.

Additionally, where a respondent has a weapons licence, their licence will be suspended or cancelled, and they can’t hold another licence for up to five years, if they are the subject of a DVO.

A DVO can also be made even if there is already another family law order in place, such as one relating to the living arrangements of children. The court will consider all orders made, including whether there are proceedings currently before a court, before making a DVO order.

In many cases where there is a lot of acrimony and high emotion, a respondent will wish to also apply for a DVO against the aggrieved party (known as a cross application). If known to the court, it’s possible for the court to hear both DVO applications together.

Seek the guidance of experts

At Hannay Lawyers we have many years’ experience dealing with the difficulties involved in family law matters such as DVOs. For someone to reach the stage of applying for a DVO usually suggests that relations between the parties have reached a crisis point.

In such cases you need the clear-headed guidance of expert lawyers who can help clarify the key issues involved in DVOs, whether you’re the aggrieved party or the respondent.

We will help you understand your rights and responsibilities, and vigorously represent your interests to get the best possible result for you in difficult circumstances. Call us Brisbane criminal lawyers today for a free initial consultation on (07) 3063 9799 or email us at info@hannaylawyers.com.au.